The World of Cognitive Impairment

Multiple Sclerosis (MS) is a disease where the immune system attacks the body, causing a process called demyelination. Nerve cells are covered in myelin, a fatty protective coating allowing messages to travel quickly back-and-forth between nerve endings and the brain.

When demyelination occurs, the myelin sheaths on these nerve cells are damaged, which can lead to damage to the actual nerves. Sclerosis means scars, or lesions, appearing in the white matter (or myelinated) portions of the brain, and leading to various side effects for those who suffer from MS. These contain a range of physical and mental symptoms.

One of the earliest recognized effects of MS was a type of dementia, or decline in a person's cognitive abilities—especially in the areas of memory, concentration and ability to control moods.

However, there are many differences between the cognitive decline of MS patients, and those of patients with typical dementias like Alzheimer's disease. Due to this, the cognitive symptoms that an MS patient experiences are most commonly classified as cognitive impairment or cognitive dysfunction. 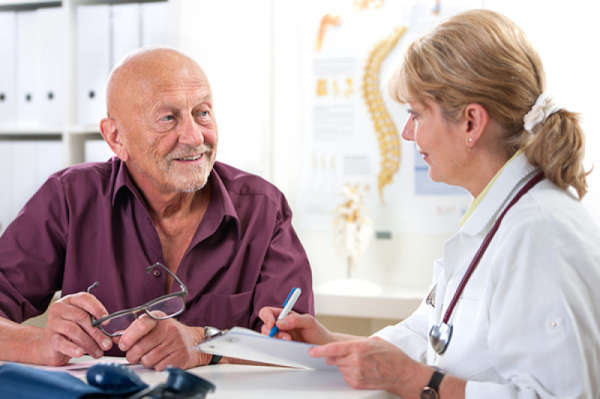 While statics vary depending on studies, on average, researchers have discovered 40-60 percent of MS patients suffer cognitive impairment. However, there is not a correlation between the duration of MS, (or a patient's physical ability based on their MS), and the severity of their cognitive impairment.

Due to the unpredictable nature of myelin, some patients may not have symptoms for years after their diagnosis, while some may be confined to wheelchairs early on; cognitive impairment with MS patients has the same variability. Cognitive impairment may be an early sign of MS among some people with MS, but studies reveal it is not a reliable predictor of how symptoms may or may not progress over time.

Due to the nature of the cognitive impairment among MS patients, it can be easily overlooked. Since the impairment can be mild, most patients are able to “pass" as non-impaired during short-term conversations with others. It is only among long-term caregivers, doctors or others who spend time with the person where the impairment becomes apparent.

A recent article published by Practical Neurology calls for doctors, researchers and caregivers of those with MS to begin moving away from “non-specific" terms like cognitive impairment. The article recommends using specific terms, like dementia and mild cognitive impairment (MCI), to better gauge the level of impairment being suffered by the person with MS. These terms have been shied away from previously, the author states, because of the stigma attached to them – especially to the term dementia.

Most patients being diagnosed with MS are younger, still looking to raise their families and build careers and are hoping to manage this illness along with the rest of their future. The stigma of the word dementia and its connection to older adults in late stages of their lives and the severity of symptoms, can rob many patients of the hope they have to fight their disease.

Suggesting a heavy campaign of de-stigmatization and re-education around the terms of dementia and MCI, the author states these terms will be more helpful to all involved with MS treatment and research, because these terms have better clinical definition.

If you have a loved one suffering from MS and are concerned they may be exhibiting signs of cognitive impairment, please encourage them to talk to their doctor or treatment team to find the best treatment for them.