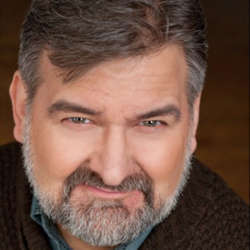 Why are The Memory and Aging Center at the University of California-San Francisco, Yeshiva University's Albert Einstein School of Medicine, Northwestern University, Elmhurst College, the University of Illinois Urbana-Champaign, the University of Southern California, and The National Institutes of Health all so interested in studying the participation of the elderly in drama? And what does it mean for patients diagnosed with dementia?

The reasons are in the results. Northwestern self-report studies indicate participants in drama feel less depressed and isolated and more confident and capable. USC self-report studies showed arts programming participants feeling better about their overall health than a control group. But most importantly, in studies connected to Elmhurst College and UIUC, cognitive testing of participants in drama groups showed significant improvements in word recall, memory span, problem solving, and measures of psychological well-being. These gains were, in all areas, significantly better than the control group, in which memory span and psychological well-being actually showed a decline.

On Stage in the Research Lab

The reasons for drama's success is consistent with current research describing the brain's ability, with the aid of stimulating cognitive activation, to develop neural reserves to delay decline, and neural compensation to alleviate the impact of damage to the brain. Drama, especially as used in a multi-modal way with movement and music, is a powerhouse intervention of cognitive activation. It's no wonder why it has application to dementia sufferers.

Drama presents an experience which is novel, engaging and social. Interaction in drama prompts heightened awareness and detailed observation of facial cues and body cues and behavior, of tone of voice and volume as well as rate of speech and articulation.

Drama is a social, creative act of imitation and pretending (taking on new character roles) that stimulates association and associative memory, and the physicalization of symbolic representations of observed external reality and internal feelings (embodiment).

Drama Therapy is the systematic, intentional application of the core processes and myriad techniques of drama to help clients reduce or relieve symptoms of disorder and improve quality of life. Phil Jones articulated nine of these core processes, related here as I understand and practice them.

I have added a tenth core process that deserves singular emphasis:

10. Articulation is expanded attention to the formation of spoken sounds, words, and gestures.

While work on scripts in drama has achieved positive results, multi-modal improvisation has also shown promising results. Functional MRIs taken of rap performers generating spontaneous lyrics show a marked increase in brain activity in the medial pre-frontal cortex with connections to the cingulate motor, perisylvian cortices and amygdala. The indication here is that there is brain wired connection in improv linking motivation, language, affect and movement. Indications of the findings point to There is also a diminishing of activity in the dorsolateral pre-frontal cortex, which is the region that shows more activity in those who identify as feeling inhibited, as well being active at times of stress and anxiety. During improvisation this becomes less active, implying this creative activity potentially helps reduce social constriction, decreases stress, and reduces anxiety. This doesn't mean that we need to start rap groups in every senior center, although that certainly would make for a change. What this finding suggests is that spontaneous verbal creativity, theatrical improvisation, can also provide a stimulus for meaningful cognitive activation.

The Institute for Therapy through the Arts has conducted drama therapy programs for the elderly since it's founding in 1975, and the call for programs is sustained today. Studies have shown that fewer people drop out of drama as compared to other activities because of how much participants are enjoying it. They are, scientifically speaking, having a lot of fun, and helping their brains to stay healthier longer as a result. 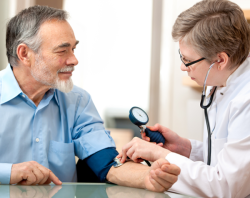 Dementia Drugs - What Works And What Doesn't 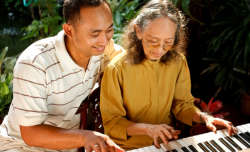 6 Ways To Use Music To Engage A Person With Dementia